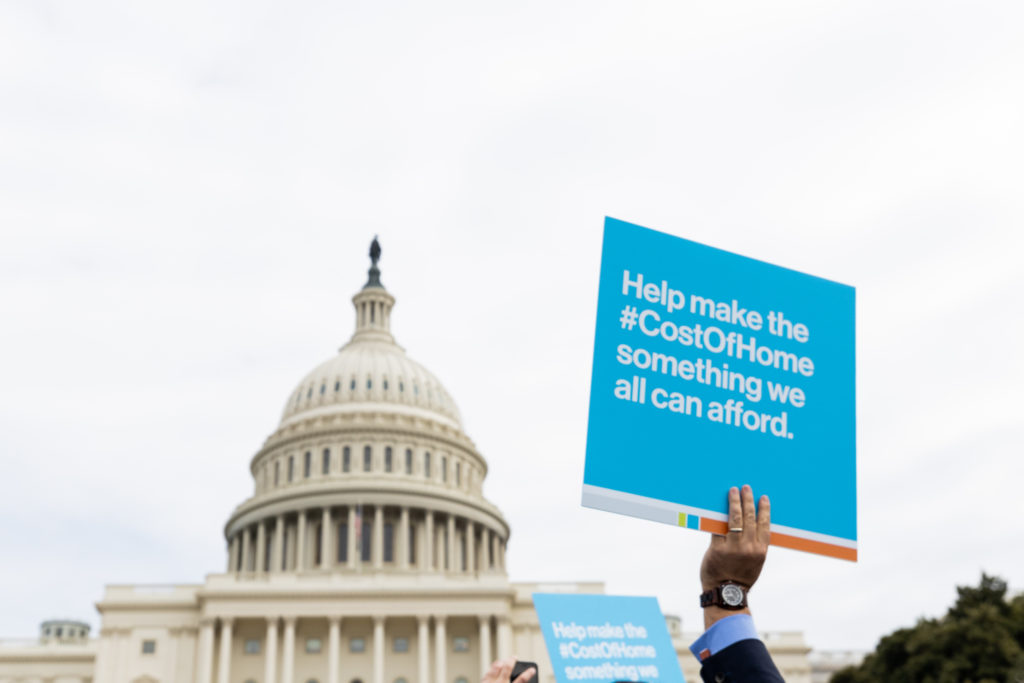 Habitat for Humanity Portland Region has had a busy couple months as federal stimulus dollars hit local municipal bank accounts and the 2021 legislative session in Salem drew to a close. With a busy session behind Oregon lawmakers, Habitat now looks to advocate for strong implementation of newly drafted legislation. We’re also working with cities and counties across the region to ensure that their use of American Rescue Plan Act (ARPA) funds, supports and expands access to affordable homeownership opportunities.

In addition to federal stimulus dollars flowing into our state, we are also happy to report many successes from the 2021 legislative session in Salem that ended on June 26th, 2021.

One item in particular is worth calling special attention to: the Oregon Housing and Community Service’s budget. Totaling more than $896 million, this biennium’s budget has over $100 million dedicated to affordable homeownership programs. This budget includes $20 million for Down Payment Assistance, $7 million for Individual Development Accounts (IDA), $20 million for new home construction, and over $5 million for foreclosure counseling and POC homeownership assistance, among others. This is not including the State’s increased funding of LIFT for Homeownership. LIFT, or Local Innovation and Fast Track is a state housing program that creates affordable homes for vulnerable families throughout Oregon. , This biennium‘s budget for the program will top $410 million, of that a portion will be dedicated to homeownership development. Here is a link to the OHCS 2021-23 Budget Outline: https://www.oregon.gov/ohcs/about-us/Documents/gov-relations/07-01-2021-OHCS-2021-Legislative-Highlights.pdf

There were also meaningful housing-related reforms this session. This link will take you to a list of the many legislative wins for homeownership as led by our colleagues at Habitat for Humanity Oregon. Fortunately, there were several big wins for housing, but one deserves particular attention: our lead item for the session, SB 458. This bill outlined an improved, streamlined land division process that aligns with the “Missing Middle” house types allowed through HB 2001 passed in 2019. Missing Middle Housing is a term that describes building types, such as duplexes, fourplexes, cottages, and courtyard buildings. These are diverse housing options that typically support local retail and public transportation. We call them “Missing” because they have typically been illegal to build and “Middle” because they sit in the middle of a spectrum between detached single-family homes and high-rise apartment buildings, and often, within the affordability spectrum. SB 458 passed with overwhelming bipartisan support from the Senate (25-4) and the House (54-2), and was signed by Gov. Brown on May 26th, 2021. This will help affordable housing developers, like Habitat, build more for-sale homes with a less arduous permitting and zoning process.

We were also successful in lobbying for the following bills:

With the recent passage of the federal American Rescue Plan Act (ARPA) legislation in Washington D.C., Habitat has been working hard to ensure that legislators of all levels prioritize affordable homeownership development. As part of the $1.9 trillion recovery package, $350 billion of that was directed to state and local governments to spur economic recovery from the pandemic.

That may lead you to ask: how much of that did Oregon get? The rough breakdown follows:

As we look at these staggering figures flowing into our state, counties, and cities, Habitat has been working with policy makers to guarantee that some of these funds go to stabilizing and supporting affordable homeownership projects and policies that benefit Oregonians earning a low-income. In coordination with Habitat for Humanity Oregon, Housing Alliance, and Housing Oregon, we submitted testimony and worked with state legislators to ensure that the state’s housing activities and programs are well funded through the next biennium.

There is also a large influx of federal dollars flowing into local cities and counties throughout the region. We are working closely with local leaders and continue to encourage them to dedicate a portion of their ARPA dollars towards active affordable housing projects more broadly.

Here is an outline of funding going to each jurisdiction where we work:

In meeting with elected and government officials in nearly all of these jurisdictions in the past few months, we expect to have a big impact in our ability to see these funds go towards affordable housing development. We’re encouraged by local leaders’ commitment to addressing the regional housing crisis and, more specifically, addressing the stark gap in racial homeownership rates. Going forward, we’ll be working with these entities as they draft policy to draw down these funds.