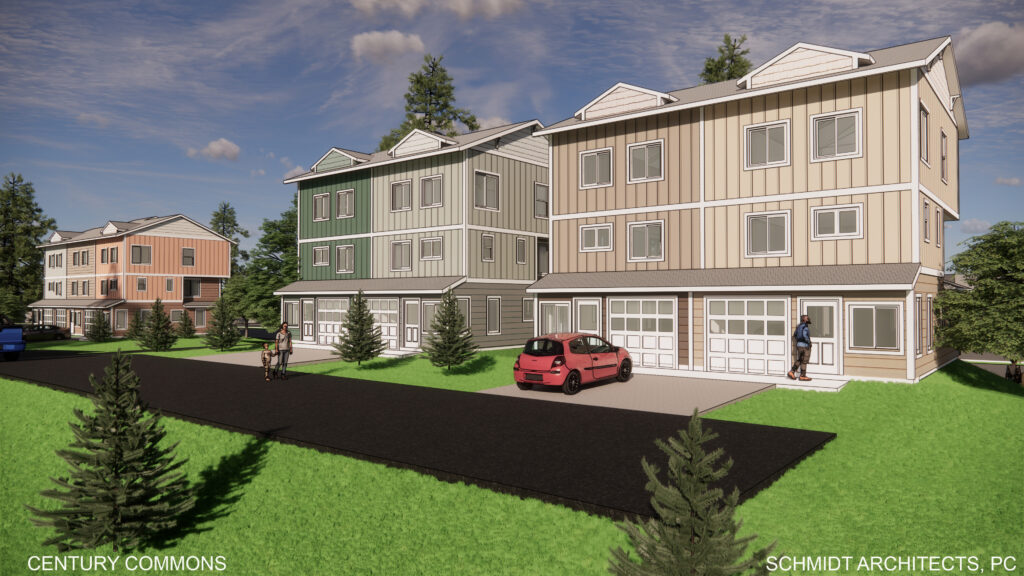 WHAT:
Thanks to the support of funds from the American Rescue Plan Act (ARPA), donated land from the City of Hillsboro, financing through Oregon Housing + Community Services, and hundreds of individuals who have donated both money and time, Habitat for Humanity Portland Region is breaking ground on a new property located on Century Boulevard in Hillsboro and finishing the final homes on Denney Road in Beaverton. One-time ARPA funds are in response to the growing housing crisis exacerbated by the pandemic and have helped expedite affordable home development.

Joining Habitat for Humanity at this groundbreaking event at the Century Commons property will be Senator Janeen Sollman, Representative Susan McClain, and Hillsboro Mayor Steve Callaway. These elected officials and their federal, state, and local colleagues played an instrumental role in helping Habitat secure the land and the ARPA funding. This partnership at all levels of government is worth celebrating!

The 18 homes at Century Boulevard will be located near the Orenco Max Station, Orenco Nature Park, and other green spaces. The 16-home community on Denney Road includes a protected natural area as part of the development’s western boundary that will be accessible to the public.

VISUAL:  Photo and video opportunities of elected officials and Habitat CEO breaking ground on the property.

At Habitat for Humanity Portland Region, we believe that everyone deserves the opportunity to have a stable and healthy place to call home. Habitat homeowners help build their own homes alongside volunteers and pay an affordable mortgage. Founded in 1981, we are invested in creating a region where everyone has the opportunity to build a better life. Learn more at habitatportlandregion.org