Skip to content
Home » Blog » Preservation, Not Displacement, The Focus of a New Kind of Urban Renewal 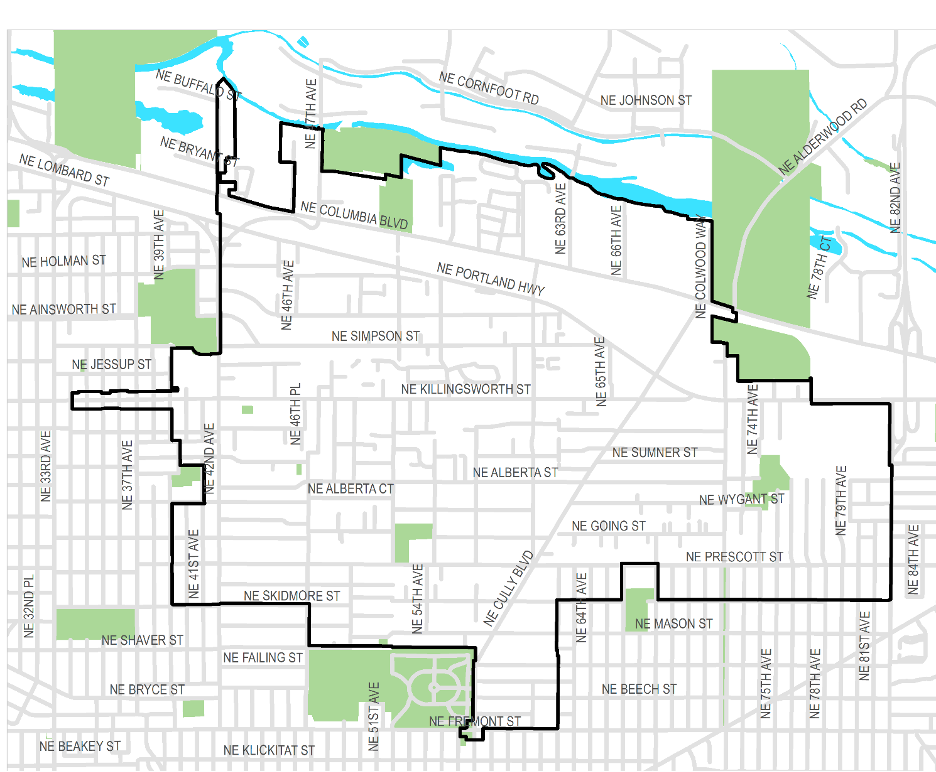 Portland City Council is poised to make a groundbreaking decision that could help one neighborhood fortify itself against the forces of gentrification.

On Wednesday, Nov. 9, the City Council will hear a proposal to create a Tax Increment Finance, or TIF District in the Cully Neighborhood, one of the city’s most culturally and ethnically diverse communities. TIF districts have been applied throughout Portland to spur development and revitalization, but they have also become harbingers of gentrification and displacement for communities of color and people with low incomes.

This proposal, however, is different. It’s a preemptive plan that was borne of the community, from residents and business owners seeking to preserve Cully’s diversity and affordability and protect it against the very market forces TIF has historically exacerbated.

“People who have been doing anti-displacement work in Cully said, what if we can use this tool that’s caused harm, instead, to stabilize?” said Maddie Norman. “And we have created a way that we think that can happen.”

Norman is the community engagement and research coordinator with Living Cully, a coalition of organizations including Habitat for Humanity Portland Region at the center of the Cully TIF process. She’s also the project manager for the TIF proposal’s Exploration Leadership Committee.

If approved, the district is projected to inject $350 million into Cully over the next 30 years and create a new template for community-focused approaches to neighborhood investment and anti-displacement work.

Cully is losing ground to gentrification, and its vulnerability is accelerating, according to Cameron Herrington, the recent program manager for Living Cully.

“Every time a property changes hands, at this point, it’s not affordable for low-income folks, and it’s not going to be affordable again in the future,” Herrington said. “We’re seeing not only displacement of the people who live there now, but the erasure of the opportunities for low-income people to live in the community in the future.”

One of the most culturally and racially diverse neighborhoods in Portland — 45 percent of its population are people of color —Cully has lost 50 percent of its Black population over the past decade, and its average household income is 24 percent lower compared to Portland, with more members under one roof forcing dollars to stretch further. In the Cully neighborhood alone, the median family income for Black households is less than half that of their White counterparts, according to city statistics. Nearly 40 percent of Black residents in Cully live below the poverty level.

Commercial interests are losing ground, too, and with them goes affordable community-based options for services and jobs. As far back as a decade ago, the neighborhood’s fragile state was recognized by the Portland City Council, which passed a resolution to study and prevent displacement in Cully.

More recent efforts by local government, organizations vested in the community, and two Neighborhood Prosperity Districts to prioritize investments that prevent business closures and create affordable housing opportunities have proven effective, but not nearly enough to stabilize the economically vulnerable neighborhood against today’s market forces. As a historically underfunded section of the city, the neighborhood remains saddled with brownfields, limited public transit, poor walkability, and a lack of open recreational space, among other challenges.

Gary Hollands has lived in Cully most of his life. He still remembers fondly the kids he grew up with in the neighborhood. “It was a great time,” he recalls — a time when $50,000 could buy you a four-bedroom home in Cully. Not anymore. A two-bedroom next door recently went for $525,000, he said. The median sales price for a home in Cully as of September is $484,000 according to realtor.com.

“There’s not a lot of diversity that can afford those,” said Hollands, who has been involved in the process to create the TIF. “The issue with that is you lose a community. You lose the folks who loved the community, like myself.”

How Cully is different:

Unlike the development of other TIF districts in Portland, Cully is initiating this district from the ground up, writing into the proposal the intention to help the people who live there first.

Seven organizations — The Native American Youth and Family Center (NAYA), Hacienda CDC, Habitat for Humanity Portland Region, Verde, the Cully Association of Neighbors, and the two overlapping Neighborhood Prosperity Districts — Our 42nd Avenue, the Cully Boulevard Alliance — crafted a plan in cooperation with the city to use TIF to the neighborhood’s advantage, not its detriment. That plan was further refined by public engagement meetings with the community.

“The entire purpose of this project has been to take this tool, tax increment financing and urban renewal, that has been used in very harmful ways in the past, and really flip it on its head and use it for kind of the opposite purpose,” said Herrington.

Here are the basics behind TIF: From the date a TIF district is created, the amount of property taxes received by public entities at that time would be frozen at that base level. But the property values will continue to increase over time, as improvements are made in the district, and the actual taxes collected would still increase. That increase — or increment above the base level — is money applied to help incentivize the improvements within the district.

Guidelines built into the TIF proposal are explicit on how to invest the revenue with the primary goal of preventing the displacement of vulnerable people and preserving and creating new opportunities for affordable housing and economic prosperity.

The plan also specifically names the priority communities it is intended to benefit: African American and Black persons; Indigenous and Native American persons; persons of color; immigrants and refugees of any legal status; renters; mobile home residents; persons with disabilities; low-income people; houseless people; and other population groups that are systemically vulnerable to exclusion from Cully due to gentrification and displacement.

It also prioritizes a sequence to investments, with initial investments going toward stabilizing residents and businesses, buying land for affordable housing development, and then later investing in quality-of-life improvements, such as a community center.

In accordance with city TIF policy, at least 45% of all TIF resources generated in the Cully District will be allocated for affordable housing, with rental housing prioritized for families earning less than 60% of area median income, or $63,900 for a family of four.

“People are certainly concerned about their own immediate situations,” said Herrington, referring to discussions at public engagement meetings. “But there was also this powerful through-line of people being really concerned about the future of the neighborhood and wanting to make sure that the opportunities they’ve had to live in Cully and build the community, that that will continue to be there into the future.”

If approved by City Council, the TIF spending will be administered under the guidance of the Community Leadership Committee. Membership will be drawn from stakeholders in the community. All Committee members must either live, work, worship, volunteer, have children enrolled in school, or have been displaced from within the Cully TIF District boundary, according to the proposal. The committee will provide analysis and input on funding decisions, which will ultimately be decided by the city’s development commission, Prosper Portland, and City Council.

What you can do

The Portland City Council will take public testimony on the Cully TIF proposal at 2 p.m., Nov. 9, in City Council Chambers. Stakeholders of the proposal are encouraging residents of Cully and interested parties to attend and show their support for this innovative approach toward community investment, which could lay the groundwork for others to come.

“This is an opportunity to add funding opportunities for anti-displacement work,” said Norman. “The folks involved have been really committed to this for several years, community members have been committed to this and really informed what the proposal is. We need folks to show us that they support the work that we’ve been doing.”

For information about testifying in person or by submitting a written testimony, or to watch the council meeting, follow the links provided at the Portland City Council website at www.portland.gov.

For more information on this proposal, the process, and answers to frequently asked questions, visit the Prosper Portland Cully TIF site.