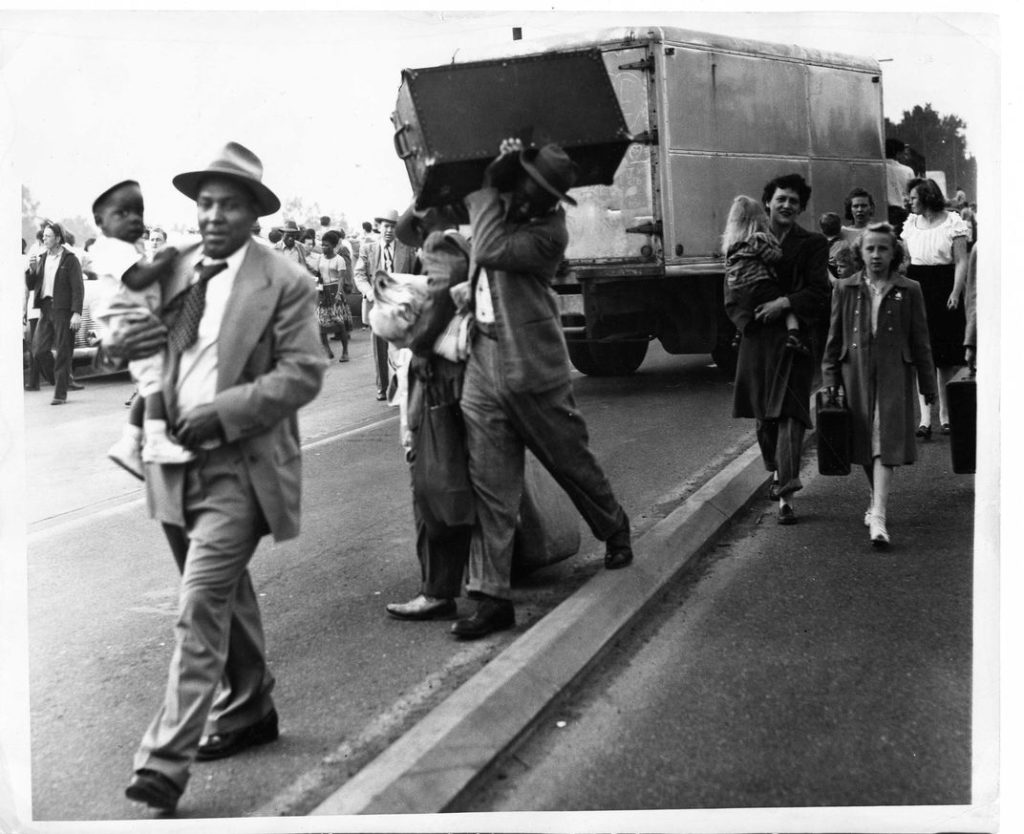 This blog is part of a Race & Housing series. Click here to read The Early History of Portland’s Racist Housing Strategies: Part One

Pre-War Era
It isn’t widely known just how intimately tied Portland’s zoning laws are with its historical tendency to bottleneck and discriminate. From the depths of the Great Depression, Portland’s city leaders, voters, and the main development agency (then called the Portland Development Commission) were hesitant to invest in bold planning and housing projects.

While the federal government distributed funds elsewhere in the 30s, relatively little was invested in Portland. The apathetic public and traditionalist government often voted down bonds to use matching federal dollars for public housing. These denunciations stemmed from a local history of deep-seated racism that strained to keep people of color (mainly Black and Chinese Americans) from living in the state. This translated into a fear that public housing would invite people of color into White neighborhoods, raising taxes and lowering property values.

As a result, public housing and related infrastructure waited in vain. In 1972, Washington Post columnist and author Neil Pierce said Portland of this time was a city of “quiet old wealth, discreet culture, and cautious politics.” This attitude continued through the 60s, leading to less strategic, even retroactive, renewal projects—the brunt of which would be felt most by Black residents in the latter half of the 20th century.

WWII
As with most cities in the United States, the events of December 7th, 1941 would leave its mark on Portland. Wartime growth exploded in Portland due to the cheap electricity being sourced from the newly created Bonneville Power Administration. From 1940 to 1944, Portland gained more than 100,000 new residents. The availability of work drew people from all over the nation, particularly in the South. The Black population in Portland before the war stood at just 2,100 people (less than 5% of its population), in a few years, that would increase to over 25,000.

Dr. Karen Gibson of Portland State University suggested that the need to house these new arrivals created a sudden housing crisis for the region. For a city that long omitted its housing responsibilities, there was a swift change of heart. Dr. Gibson states “the attack on Pearl Harbor in December 1941 made it a patriotic duty to house defense workers.”. The result was a local, federal, and private initiative to build as many homes in as short amount of time as possible. The result was Vanport, Oregon. Vanport, Oregon
Rarely in history has an entire city been so quickly assembled and destroyed. Built in just 110 days, Vanport, Oregon in the 40s was Oregon’s second largest city and home to the biggest wartime development in the nation. At its peak, it housed about 40,000 people, a third of whom were Black. Residents worked mainly in the Kaiser Shipyards—a western hub of commercial, wartime activity. Because of the quick turnaround and intent for temporary use, the poorly constructed homes rarely had foundations.

Unlike some other wartime housing developments, Vanport was racially segregated, a de facto policy instituted by the new Housing Authority of Portland (HAP). About 11,000 Black residents were placed outside of the city’s boundaries, far away from public facilities and resources.

When the war came to a close and the shipyards shuttered their doors, many White residents ( with their higher pay) moved and bought homes in neighborhoods across Portland. But because of the racist, exclusionary process called redlining, which barred Black people from owning homes in White neighborhoods, Black residents at Vanport could only look for housing in the small group of neighborhoods within the Albina District. Quickly, housing in these neighborhoods filled and many families were forced to stay in Vanport’s substandard, quickly deteriorating tenements. Soon after the war, resentment in the White community of the underserved “ghetto,” still home to 20,000 people, began to swell.  According to Dr. Gibson, City leaders were eager to dismantle the town, “calling it ‘troublesome’ and ‘blighted’ because of the racially mixed population and ‘crackerbox’ housing construction.”  Then suddenly at 4:17pm on May 30, 1948, a levy holding the Columbia River gave way, unleashing torrents of flood water that quickly submerged the city, uprooting weak grounds and dismantling everything in sight. In sum, 15 people lost their lives and 5,300 families (1,000 of whom were Black) were forcibly displaced. What followed this disaster was a string of relocations that lasted five decades and had a devastating impact on Portland’s Black community. Dr. Gibson states that in the decade following Vanport’s flooding, the “pattern of racial transition in Albina neighborhoods that would last 50 years was first established… when Black residents settled in, White residents would move out.”
– – – – – – – –
This article is part of a series outlining the racist housing practices that have pervaded in Portland’s neighborhoods for over a century. Part three features the policies that led to Portland’s harmful urban renewal projects and the resulting effects of White flight in North Portland. Read Part I here.
Sources:
Bleeding Albina: A History of Community Disinvestment, 1940-2000 by Karen J. Gibson
City of Portland Civic Planning, Development & Public Works, 1851-1965: A Historic Context
How Oregon’s Second Largest City Vanished in a Day by Natasha Geiling 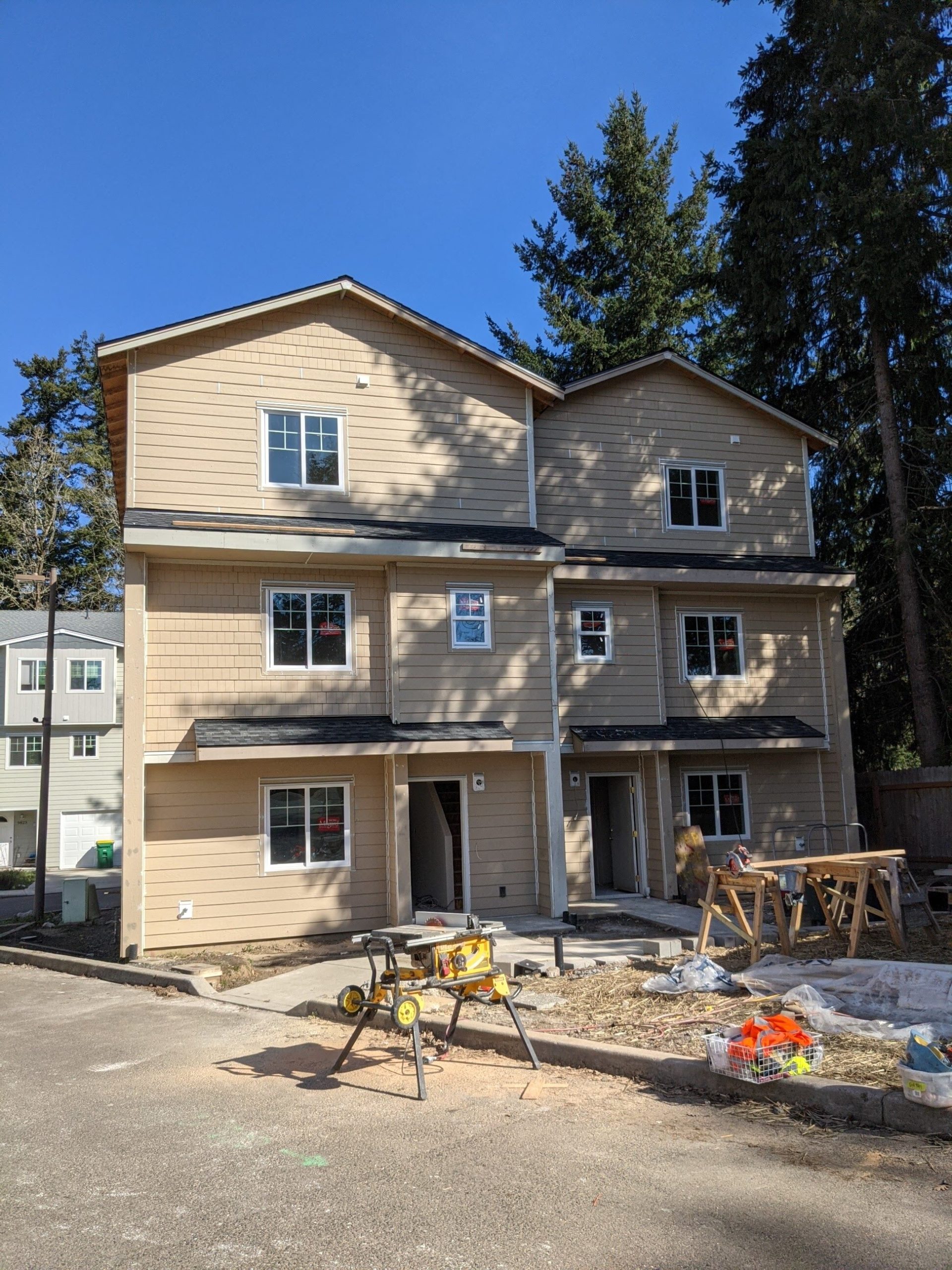 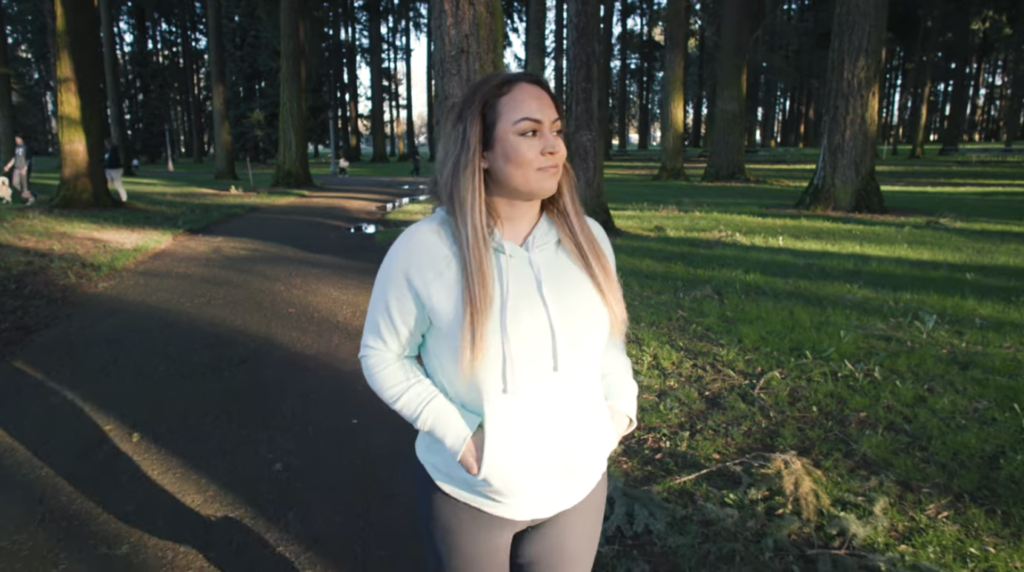 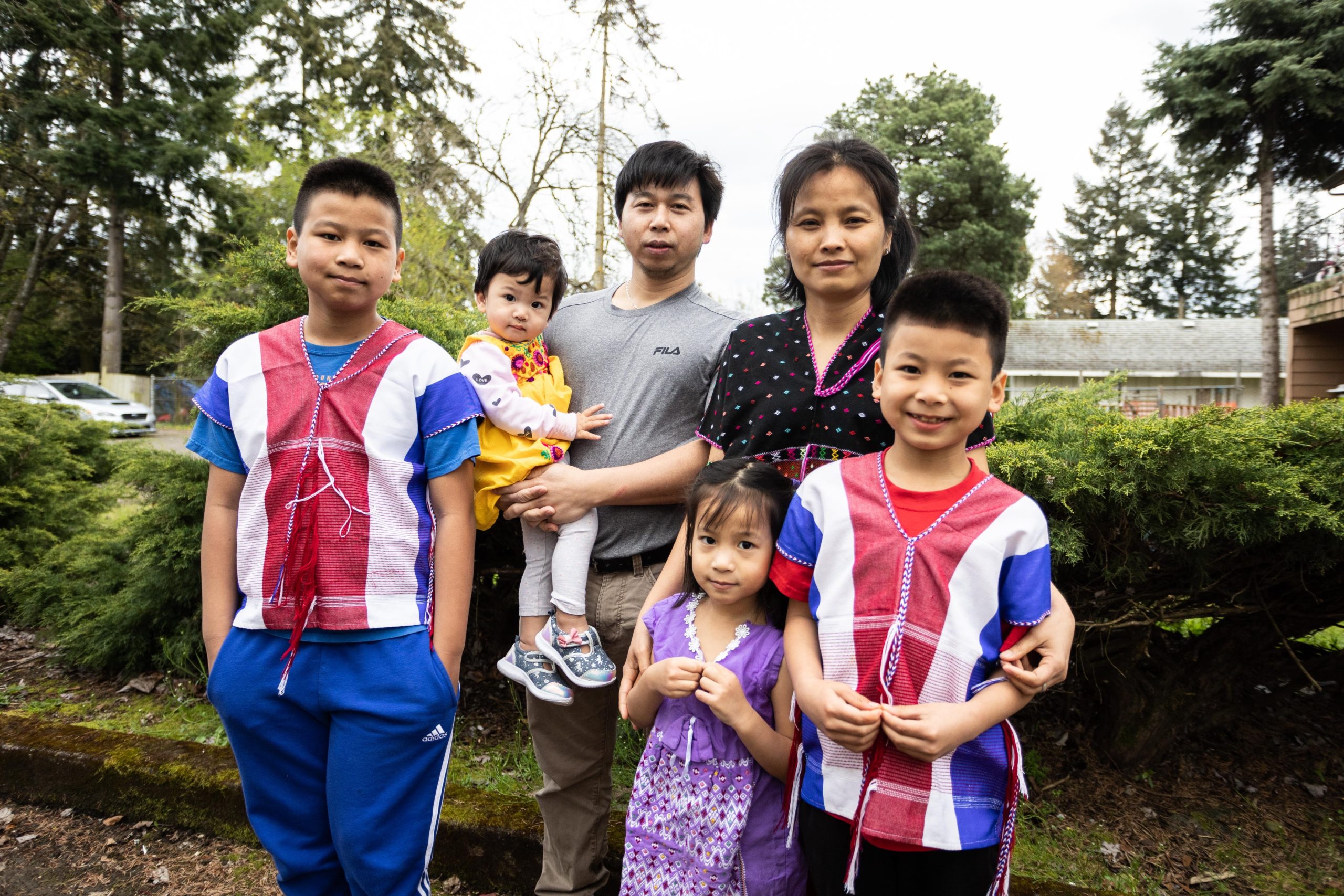 Rebuilding A Sense of Home | Kyaw and Maday’s Story